I completed the last month of my 4 projects in 4 months. My actual goal for this month was to create two landing pages for validation and to make 3-5 customers calls where I can apply the learnings from the book “the mom test”. I ended up researching multiple ideas, and most of them did not convince me to go deeper. And on top of that, I got sick at the end of the month, which also decreased my productivity. So in this blog post I am presenting some ideas I investigated and sharing some further results.

The idea: Build a SaaS solution where users can enter their notion token and a webhook URL. Every time a new entry is added or changed, the URL will be called. The MVP can be build easily with no-code tools to validate the demand.

Why I dropped this idea: There are two reasons…

Vectorize images with the help of AI

Problem: One problem that I have heard multiple times is that AI artists want to convert their AI-generated images into SVG images. The benefit of doing this is that you can then change parts or colors of the image and you get a high resolution.

The idea: My idea was to build a workflow where I use the img2img feature of Stable Diffusion to reduce the details of an image by converting it into a vector style graphic. In the second step, I could then use open source libraries to vectorize the simplified image.

Why I dropped this idea: There are already some great solutions like Vector Magic or vectorizer.ai. I tried them out with some of my generated artworks and they offer much better results than I could have imagined. They also offer more options than my workflow would.

Problem: It’s important on social media to engage with your followers. This is something I learned in the last months since I am more active on Twitter and I neglected it for my account einfach_crypto. I therefore asked myself if the features of some Twitter tools could be applied to Instagram.

The idea: Inspired by hivoe.com which automatically sends a DM to new followers, the idea was to build something similar for Instagram.

Why I dropped this idea: I dropped this idea because of multiple reasons. On the one hand, Instagram works differently than Twitter, as Instagram is more against automated DMs. On the other hand, there are already some tools available for automated outreach. Lastly, I started to feel uncomfortable with Instagram because the platform evolved into a big advertisement and dopamine machine. So I don’t want to contribute to that.

Problem: Getting the correct pricing for your SaaS is hard. There are already some payment provider like Stripe, but most entrepreneurs still implement their own pricing table.

The idea: The problem is based from this video. The features could be to provide an easy to integrate pricing table where SaaS owners can manage their pricing table and optimize it by experiments.

What I found out during my research: There are already some solutions like pricewell.io or billflow.io which have been acquired by Stripe. I found out that AB testing of prices does can be also bad, as you need a lot of traffic to get a significant result.

Why I dropped the idea (for now):

What are lifestyle product photos? A good example is a product page on amazon where the first images show the product from multiple angles with a white background, and then there is also one so-called lifestyle image, where you show your product being used by your target customer. Another use case for lifestyle product images are marketing campaigns for example on social media.

Problem: These lifestyle product images are hard to produce. There is a whole industry to of photographers who are specialized for the creation of these images.

The idea: Is it not easier to upload one image of your product and let the AI tool place your product on the desired background? 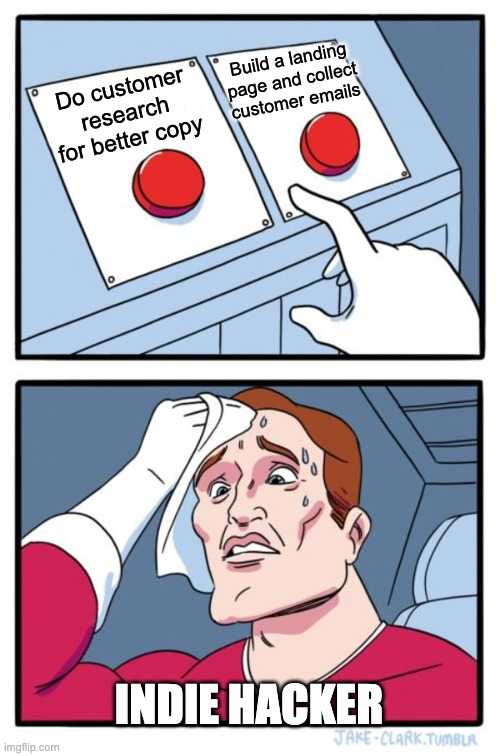